Euro was started in 1990 by Matthias Küpper, one of the most experienced and knowledgeable German master butchers in South Africa. Euro started off as a small speciality German butchery and deli offering everything from uniquely crafted fresh meats for the braai to traditional European sausages, hams, cold meats, and salami for everyone to enjoy.

Matthias then received his golden master butcher certificate in 2011 after being a master butcher for 50 years which was also a certificate his father managed to get in 1986. To this day Euro is still the only meat processor in South Africa, if not Africa with these golden certificates behind its name.

2011 also marked the change of Euro when Matthias’ youngest son Jürgen Küpper joined the company which brought a new dynamic vision to the team and the company.

In 2014 Euro moved into a purpose-built production facility in Strijdompark, Johannesburg. The move enabled Euro to keep up with the growing demand of traditionally crafted meats which are used for the restaurant, catering and hospitality industry as a whole in Gauteng.

In 2017 Jürgen followed the family tradition and completed his studies in Germany to become a German master butcher (Fleischermeister).

Euro’s quality through tradition speaks for itself by using the accumulated experience and knowledge over the years to create the most superior products for everyone to enjoy.

What sets us apart 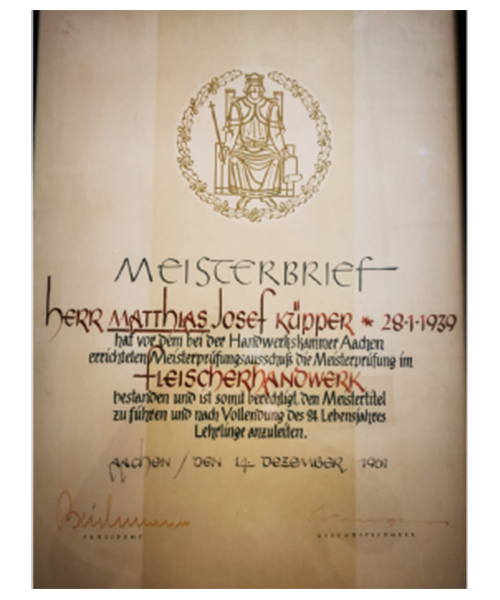 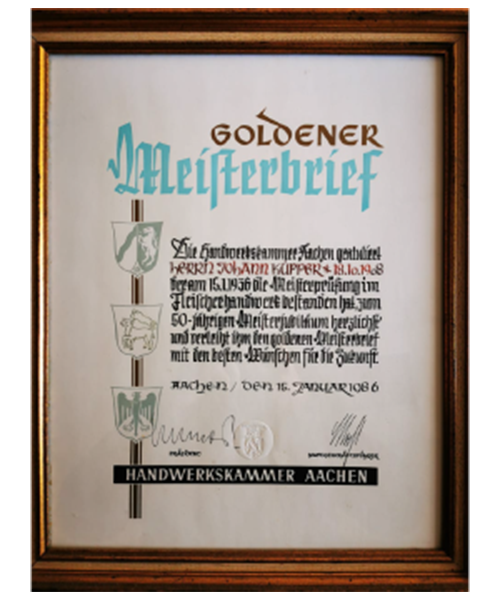 What sets us apart

Home
Cart (0)
Wishlist (0)
Login
Back to Top
We use cookies on our website to give you the most relevant experience by remembering your preferences and repeat visits. By clicking “Accept All”, you consent to the use of ALL the cookies. However, you may visit "Cookie Settings" to provide a controlled consent.
Cookie SettingsAccept All
Manage consent

This website uses cookies to improve your experience while you navigate through the website. Out of these, the cookies that are categorized as necessary are stored on your browser as they are essential for the working of basic functionalities of the website. We also use third-party cookies that help us analyze and understand how you use this website. These cookies will be stored in your browser only with your consent. You also have the option to opt-out of these cookies. But opting out of some of these cookies may affect your browsing experience.
Necessary Always Enabled
Necessary cookies are absolutely essential for the website to function properly. These cookies ensure basic functionalities and security features of the website, anonymously.
Functional
Functional cookies help to perform certain functionalities like sharing the content of the website on social media platforms, collect feedbacks, and other third-party features.
Performance
Performance cookies are used to understand and analyze the key performance indexes of the website which helps in delivering a better user experience for the visitors.
Analytics
Analytical cookies are used to understand how visitors interact with the website. These cookies help provide information on metrics the number of visitors, bounce rate, traffic source, etc.
Advertisement
Advertisement cookies are used to provide visitors with relevant ads and marketing campaigns. These cookies track visitors across websites and collect information to provide customized ads.
Others
Other uncategorized cookies are those that are being analyzed and have not been classified into a category as yet.
SAVE & ACCEPT
× How can we help you?
Shopping Cart
Close

No products in the basket.